LISTENERS KNOW, DO YOU YET?

Every Mon-Wed on 106.7 FM on your radio dial in Phoenix. 10 PM
Click pic for KWSS website
And continues on the THREE GREAT Internet Stations!

Posted by PLEASANTLY ANNOYING at 11:31 AM No comments:

L RETURNS TO THE VALLEY OF THE SUN

"The Lopsided World of L" Radio Show Returns to the Valley, Via Local Internet Radio Station Sofakingradio.com
By Niki D'Andrea, Fri., May 6 2011 at 10:00 AM

In April of last year, longtime Valley radio show host Jonathan L left the Phoenix
airwaves and moved to Berlin, Germany. L was a popular DJ here, and hosted shows
or did programming at radio stations all around Arizona for 30 years, including a
long stint at alternative station KUKQ and rock station 98 KUPD, where his show
"The Lopsided World of L" aired twice a week.

Jonathan L treated listeners to everything from local goth rock band Reliquary to local indie rock artist Adam Panic to acoustic on-air sets by Johnette Napolitano (Concrete Blonde) and phone calls from Ronnie Spector. It was a bummer when he left, but the good news is, "The Lopsided World of L" is back in the Valley, streaming on Scottsdale-based Internet radio station sofakingradio.com.

The site is run by a guy named Dan G, and includes programming like an "influences show" hosted by Sleapin Weither that Dan G says "shows how music really hasn't changed over the last 30 years." At the same time, there's also a "worldwide debuts" show for bands (signed and unsigned) to showcase their newest tunes, and a "Top 25" that consists of "the best of the best that's new that's you're going to be hearing around soon," according to Dan G. There's also a show focused on local music with Valley bands as guests (Wednesday nights).

Dan G.'s been in Phoenix since 1981 and remembers when Jonathan L used to emcee shows at local venues that closed 25 years ago. "He was such a huge part of introducing me to the bands I listen to," says Dan G., who's had the sofakingradio.com site since 2004. "When I started focusing on the station full-time last year, I e-mailed him and asked if he'd be interested in having his show on my station, and he e-mailed back and said yes. It was that easy. I was almost jumping for joy when I got the e-mail."

"The Lopside World of L" is pretty much syndicated now via the Internet. Before sofakingradio started streaming the show, it was already on Germany-based kingfm.net and L.A.-based indie1031.com. Now you can hear it on soakingradio.com, Thursdays through Sundays at 10 p.m. MST.
Posted by PLEASANTLY ANNOYING at 3:57 AM No comments:

I do a 2 hour radio show right here from Berlin.
On two brand stations on the internet every week.
One from Los Angeles and the other from Berlin.

The show "Lopsided World Of L" is now in it's 6th year
(first 5 from Phoenix, AZ)

I am looking for fresh new musik or musik that has
never been heard from past.
Can be in German or English.

I have many new friends on Facebook, and as you know,
getting radio play anywhere is scarce.

I welcome you to send me an .MP3 along with a
small amount of information about you or your band.

Just some of the artists that have been played recently on show:

Musik is welcome from other countries of course.

Posted by PLEASANTLY ANNOYING at 3:27 AM No comments:

What is a PODCAST?

Let's make a distinction between a new show that
runs on regular radio or the net-as opposed to "podcast".
Most, not all, but most regular radio special shows are
pre-recorded. A podcast is a prior show that is available
to listen to anytime you want. So what is the difference
between my show and one you would hear on
terrestrial radio?

If it is pre-recorded. Most radio today is voice tracked.
Not all, but you would be surprised how much is.
So please understand what a podcast is.

Posted by PLEASANTLY ANNOYING at 3:23 AM No comments:

YOU CAN HEAR ME 14 TIMES A WEEK

CLICK HERE TO LISTEN TO INDIE 1031 Powered by you listeners

CLICK HERE TO LISTEN TO KING FM
Powered by you listeners

CLICK HERE TO LISTEN TO SOFAKINGRADIO Powered by you listeners

LISTEN TO JONATHAN L'S LOPSIDED WORLD OF L
RADIO SHOW -NOTHING ELSE LIKE IT
MADE IN BERLIN, GERMANY AND BROADCAST TO THE ENTIRE WORLD
LISTEN ANYWHERE IN THE WORLD ON ALL 3 STATIONS 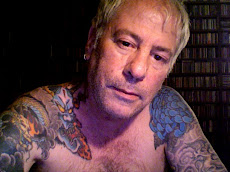 IT'S ABOUT YOU AND ME